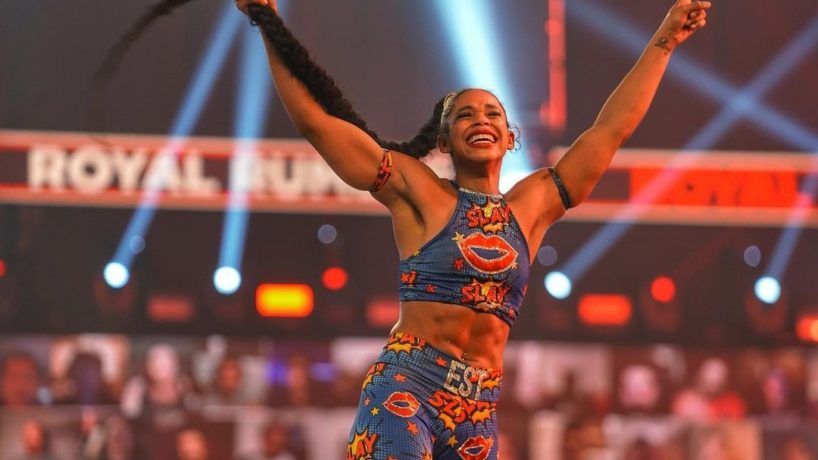 Around this time last year, we did a piece on the rise of Black Girl Magic within the WWE, spotlighting how their representation within the wrestling community matters. Since then it seems like the magic is far from stopping.

During the Royal Rumble, Sasha Banks, the cousin of rapper and WWE Hall of Famer, Snoop Dogg, retained her WWE Women’s Smackdown championship and during the 30-woman match, Naomi made another epic return and entered at number two. Although the return of Naomi was phenomenal, the big moment came from Bianca Belair, the EST of WWE.

Bianca Belair went on to make history by becoming the first and only Black woman to win the Women’s Royal Rumble match. Entering the match at number three, Belair lasted over an hour and ended up eliminating Rhea Ripley to claim the victorious spot.

In a post-match interview, Belair explained how she felt about winning the Royal Rumble.

“Winning the Women’s Royal Rumble and lasting over an hour, what can top this other than now going to Wrestlemania?” she said.

She continued, “This is a great moment, this is a moment that I can even describe, it’s an interesting feeling that I can’t describe.”

The EST of WWE states that she is ready to head to Wrestlemania. At the moment it is unclear who she will choose to face for their title.

If she chooses to go against Sasha Banks, this will be the first time in WWE and professional wrestling history that two black women could headline Wrestlemania, the company’s biggest event of the year.