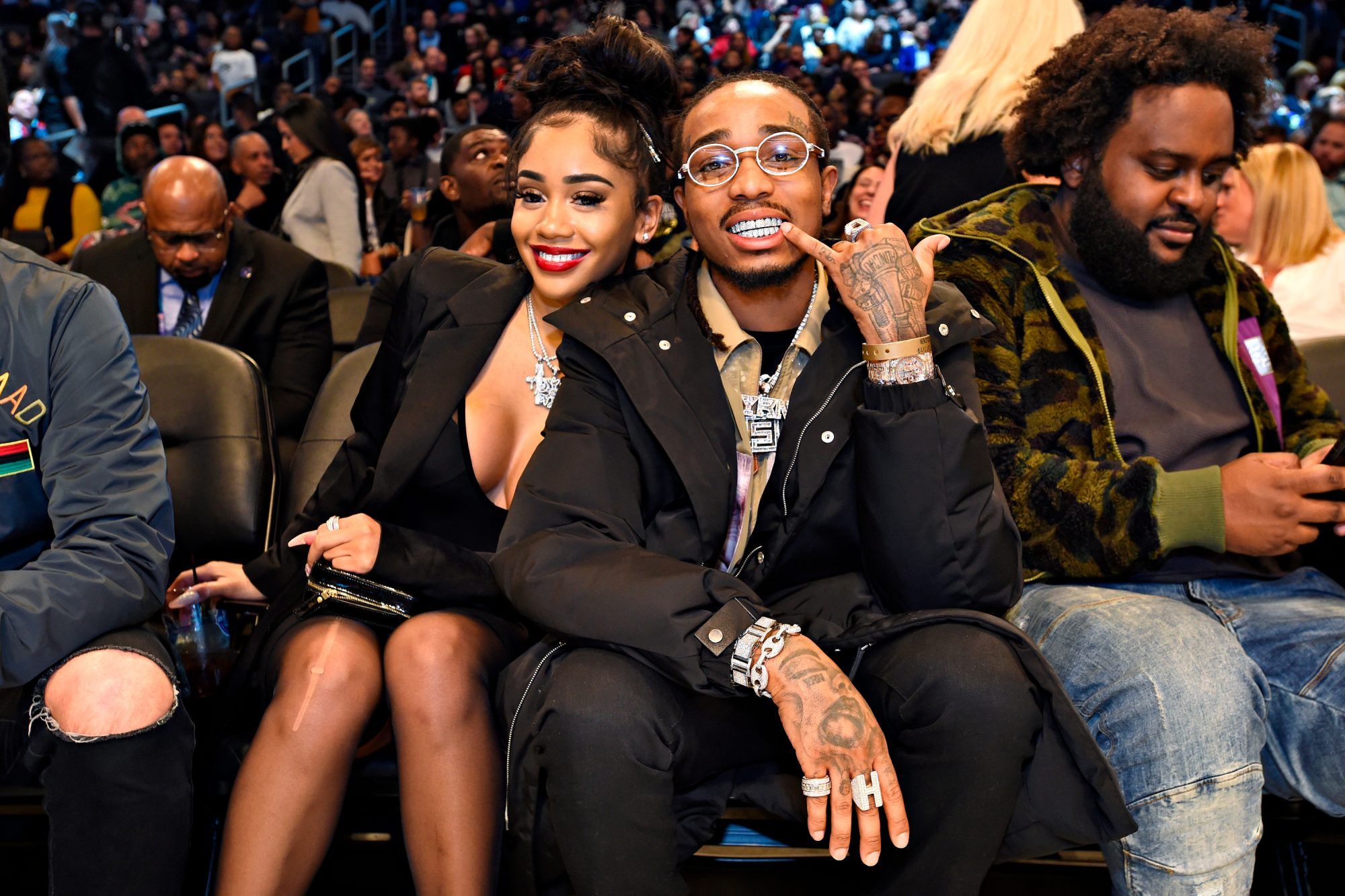 Migos rapper Quavo can be seen pushing his former girlfriend Saweetie in viral leaked footage from an elevator security camera. The video, obtained by TMZ, is from an apartment complex in North Hollywood where Saweetie was reportedly renting last year. It shows the “Best Friend” rapper, legal name Diamonté Harper, swinging at Quavo, legal name Quavious Marshall, as she tries to remove luggage from the elevator. Quavo then pushes her into the elevator and uses his body to prevent her from exiting with the luggage until she ends up on the ground, just out of frame. Quavo stays in the elevator, glancing at her. When the door opens, he gets out, and Saweetie slowly follows, limping. The incident allegedly took place in 2020, TMZ confirmed with sources on both sides.

Saweetie was the first to announce their breakup earlier this month amid cheating rumors. “I’ve endured too much betrayal and hurt behind the scenes for a false narrative to be circulating that degrades my character,” she wrote on Twitter at the time. “Presents don’t band aid scars and the love isn’t real when the intimacy is given to other women.” That same day, the Daily Mail reported that Quavo had repossessed the Bentley he leased for Saweetie as a Christmas gift.